Heat networks offer a substantial opportunity to assist the UK in achieving a clean and cost-effective transition towards a low carbon economy through the decarbonisation of properties in the country. In addition to the installation of new infrastructure, heat networks offer an investment opportunity to renew vital infrastructure and support the economic renewal of towns, cities and rural areas.

A total of over £250 million of funding has been awarded to heat network projects under the Heat Networks Investment Project (HNIP) since it opened its doors to applicants in 2018. The total Capex of schemes offered HNIP funding exceeds £826 million highlighting the scale of the opportunity for investment in the sector.

HNIP has now closed. It was a government funding programme that aimed to increase the number of heat networks being built, deliver carbon savings and help create the conditions necessary for a sustainable heat network market to develop.

“These projects will transform how tens of thousands of households and businesses keep their properties warm.
“By investing in cutting-edge low-carbon heating technologies we are helping to secure a lasting move away from using fossil fuels and protecting consumers from the costs that are driving up energy bills at a time of high global prices.”

“The recent heatwave was a stark reminder that the effects of climate change are being felt today while the current cost of living crisis has tragically forced many to confront the choice of whether to “heat or eat”.

“Modern heat networks have the potential to deliver affordable, low or zero carbon heating and cooling and have a huge role to play in a just transition to net zero. It’s super exciting to announce the award of funding to these 5 outstanding projects and to add them to the list of the HNIP’s successful investments.” 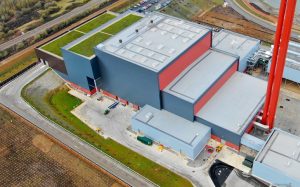 Located in a former brick clay extraction pit near Stewartby in Bedfordshire, the Rookery South Energy Recovery Facility provides a sustainable alternative to landfill and will now also provide waste heat to a new heat network. The low temperature hot water will be pumped to connected buildings via pre-insulated below ground pipework and heat interface units provided at the final connections. The energy centre will be constructed in a modular style to facilitate future expansion for other anticipated developments in the area (potentially circa. 30MW total load). This modularity will also ensure the energy centre is suitable for adaptability to other low carbon technologies in the future. Up to 12,000 homes and non-domestic buildings could be connected to the scheme in the future.

“Energy from Waste (EfW) plants produce huge amounts of excess heat each year and harnessing this resource is one of the core ways we can make real, practical progress in meeting our carbon reduction targets. We are delighted to be working alongside Rookery South Limited and plant operator, Covanta Energy Europe, to harness and distribute the heat that their new EfW produces.

“The heat network project will provide reliable, non-fossil fuel dependent low carbon heat for homes plus a range of commercial customers, and will form an important long-life infrastructure asset for the area.” 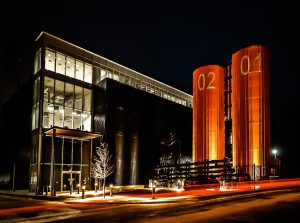 Thameswey Energy Limited has been awarded over £9.4 million for a major expansion to an existing heat network which supplies heat to public sector, commercial and residential customers in Woking Town Centre. The expansion and interconnection of heat networks in the town support the delivery of the council’s target to be net carbon neural by 2030.

The investment in new infrastructure through expansion will enable up to 3,450 new homes to be supplied as part of a major strategic infrastructure scheme in the west and south of Woking. The existing heating and cooling networks which serve the east of the town centre will be connected to new networks serving the west and south of the town. This interconnection will provide additional capacity to supply up to 800 new residential units planned in the east of Woking town centre. A key technological improvement to the network will be the transition from an 82oC network supplied by gas CHP to a 63oC network suitable for heat pumps. This shift is expected to deliver over 2,200 tonnes of carbon emissions each year.

“ThamesWey has just completed £25m investment in its new Poole Road energy station and distribution infrastructure serving Woking town centre. The award of £9.4m HNIP funding will enable us to build on these foundations and deliver the next phase of our ambitious strategy, bringing low carbon heat to over 3,000 new households and accelerating the decarbonisation of energy supplied through our original heat network to existing customers.” 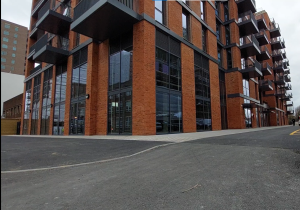 The Council has been awarded £27.8 million funding for two heat network projects (Wood Green District Heating Network (£10.6 million) and the Tottenham Hale and Broadwater Farm District Heating Network (£17.2 million) which will collectively supply heat to more than 10,000 homes when fully built out. The heat networks support the Council’s ambition to reach Net Zero by 2041 as well as deliver ambitious housing and economic growth in the borough. Both schemes are interlinked and demonstrate the strategic approach being considered by the Council.

Both heat networks will be supplied primarily by heat generated by the Energy Recovery Facility being built at the Edmonton Eco Park. Back up heat will be provided by existing local gas boilers if required to ensure a continuity of supply to residents and commercial off-takers.

“The heat networks at Tottenham Hale and Broadwater Farm and Wood Green are significant projects within the borough’s Climate Change Action Plan (CCAP). With the borough’s homes making up 50% of its carbon emissions, the DEN programme will replace thousands of highly polluting, individual gas boilers from our homes and buildings with an infrastructure which could reduce CO2 emissions from heating by 80% versus the use of gas. The DEN programme will go a long way to delivering our CCAP pledge of delivering homes that are desirable, warm and affordable to run.”

Bristol City Council has previously been awarded HNIP funding for three heat networks in the city and has secured further funding to support the development of a new heat network in Bedminster.

The Bedminster Network is being developed in south Bristol to generate low carbon energy utilising large heat pump technology either from sewer sources accessible within Dame Emily Park and the Bristol South Swimming Pool or ground/air source. It will support significant regeneration in the local area including a number of high-density developments with more than 330 homes. Future-proofing works will enable the heat network to connect to existing and proposed new developments around Bedminster.

“The Bristol Heat Network is an integral part of our strategy for decarbonising the city and ensuring that Bristol continues to play its part in addressing the climate crisis. The council has invested over £60m in low-carbon and renewable infrastructure in recent years and we’re delighted to be working in partnership on this innovative project.

“It’s exciting to be replacing old technology with greener solutions and great to be supporting businesses and public sector partners with their own efforts to decarbonise. Developing the heat networks has so many benefits for the city including the reduction in fuel poverty, cutting carbon emissions and creating thousands of jobs to support the local economy.”

The £56 million funding announced today comes from the government’s £320m Heat Networks Investment Project, which supports the development of heat networks across England and Wales.

For further information about the Green Heat Networks Fund which follows on from HNIP, visit: https://www.gov.uk/government/publications/green-heat-network-fund-ghnf 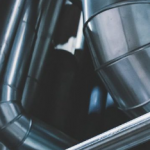 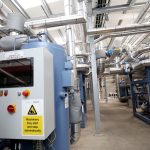