By samantha.shea@gemserv.com
Posted 10th August 2021
In Blog, News
Waste Is Being Used To Heat Homes And Buildings Through Heat Networks2021-08-102021-08-12https://tp-heatnetworks.org/wp-content/uploads/2022/03/ghnf-triple-point-logo.pngGHNFhttps://tp-heatnetworks.org/wp-content/uploads/2021/08/microsoftteams-image-15.jpg200px200px

Since the Heat Networks Investment Project (HNIP) launched in 2018, over a third of applicants have incorporated the use of Energy from Waste as a low carbon fuel source.

What is Energy From Waste (EfW)?

EfW systems in the UK generate electricity from the process of incinerating waste materials, using conventional power generation technologies. Water is heated and power generated from the resulting steam using a turbine before being supplied to the National Grid.

However, EfW is not simply about managing waste; it also produces a valuable, low carbon and secure energy source. Most of the energy derived from EfW plants is in the form of electricity, but these plants also generate a significant amount of heat – which can be utilised by heat networks.

All recently built sites are obliged to be ‘heat ready,’ meaning that they are designed to enable the extraction of heat from the process. Older sites would typically need more modifications to allow for heat offtake, and this may be less efficient than in a purpose-built plant.

The Z factor is equivalent to the Coefficient of Performance (COP) of a heat pump, and results in heat from an EfW typically being considered lower carbon than heat from a heat pump.

Energy from waste plants allow for low carbon heat to be generated from residual waste that would otherwise go to landfill or to other countries as ‘Refuse Derived Fuel.’

Crucially, most EfW plants have already been built, meaning that the need to find landfill sites for our waste is avoided. Recovering heat from these plants in addition to generating electricity makes better use of the existing processes and makes sense from an environmental perspective.

Over time, as we get better at recycling (especially plastics), we expect to see less material, and of a lower calorific value, being disposed of in this way. However, there will always be some residue of hard-to-recycle material for which combustion with heat and power recovery will remain a sensible solution. An increasing share of biomass could also form a solution in the longer term.

Sites used for EfW today could also be used for new technologies like hydrogen fuel cells in the future, which would be able to use the heating pipe infrastructure build for the current systems.

Energy from Waste and Heat Networks

We are seeing an increasing number of heat networks harnessing heat from EfW plants in the UK. However, other countries are utilising the heat source to a much greater extent. In Sweden, where heat networks supply nearly 60% of all buildings with heat and hot water, 45% of all heating generated came from sources of waste heat in 2018.[i]

It is promising to note that the fuel source has been consistently popular among applications for HNIP funding, reflecting over a third of applicants since the scheme began. This indicates a positive shift towards low carbon solutions in advance of the Green Heat Networks Fund, which will capitalise on the progress made by HNIP by supporting the development of low and zero carbon heat networks. [ii]

The interest from the energy from waste sector and the opportunities to deploy low carbon heat networks highlights that there is a real need for public and private investment, and the TP Heat Networks team is proud to be supporting this growth.

Some of the projects that have been awarded HNIP funding for heat networks that utilise energy from waste have been highlighted below. 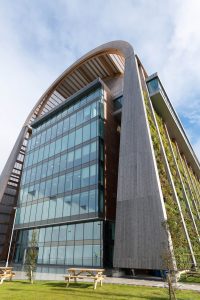 The Leeds PIPES scheme is a district heat network in Leeds that had begun delivering heat to buildings in Leeds prior to its HNIP application.

The previous network was comprised of around 16km of pipework, delivering low carbon heat generated from steam created by the Recycling and Energy Recovery Facility (RERF) to commercial and council-tenanted properties.

HNIP funds have been used to extend the network into the city centre, connecting five council buildings and allowing existing buildings and developments to connect in the future.

The pipework has therefore been sized to enable a future extension to the South Bank, an area of major development and regeneration.

The extension of the network comes at a key time, with Connecting Leeds delivering extensive highway remodelling in the city centre.

This project will make use of non-recyclable household waste, providing communities with the benefit of reliable and affordable heat generated from the waste they discard.

The network will consist of a spine running from the plan to Lewisham and connections to an anchor load comprised of commercial and residential units, and will be capable of delivering in excess of 30 MW of low carbon heating.

Providing immediate and long-term carbon reduction to these developments compared to alternative heating options, the heat network will provide good value heating to residents and businesses. 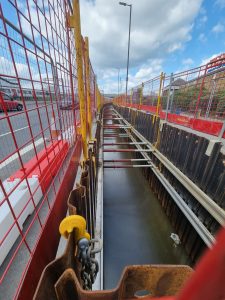 Meridian Water Heat Network is expected to be operational in 2022 and extended as new developments are built. The network will initially supply waste heat to at least 15,000 homes, potentially rising to over 30,000 over its lifetime.

Connection to the North London Waste Authority’s new Energy Recycling Facility (ERF) when built in 2026 will provide a very low carbon heat supply. Once the ERF is connected in 2026, the equivalent annual carbon savings will exceed 2200 tonnes and will rise rapidly over the next 10 years to over 5700 tonnes per annum in 2036.

The energy centre will initially use gas-fired boilers. This will enable the heat network to supply customers with heat from 2022 before connecting to the ERF to supply up to 60MW of waste heat. Construction will involve the installation of 8.9km of heat network piping, eventually serving multiple housing developments.

Cardiff Heat Network will capture heat already being produced from Cardiff’s residual waste and use it to deliver low carbon heat to large buildings in Cardiff Bay. Buildings that connect will have potential to reduce their carbon emissions by around 80% compared to traditional heating, making the scheme an important part of Cardiff’s response to the Climate Emergency.

The network will begin at Trident Park Energy Recovery Facility (ERF) plant in Cardiff Bay, spreading across the area before crossing the main Cardiff to London railway line as part of a later phase.

HNIP funding will support Phase 1 of the network, which will reach the area immediately south of the railway line. Using the ERF plant, the network will supply 12 GWh of heat demand per annum to meet Phase 1 heat demand, with further capacity provided by a separate energy centre containing back-up gas boilers to ensure resilience. Once fully built out (Phase 1 and 2), connections will have a combined annual heat demand of 34 GWh. In part, HNIP funding will support the costs of future proofing the network to accommodate for this potential growth. 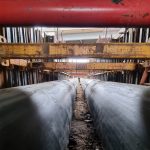