An urgent solution is needed to finding a low-carbon heat source for the 85 percent of UK households still relying on fossil fuel-based natural gas. While hydrogen boilers and electric heat pumps are among the potential solutions, Ken Hunnisett argues that district heating schemes are a proven technology ready to be deployed.

Central to the UK’s legally binding commitment to reaching net-zero carbon emissions by 2050 will be how to achieve low carbon heating, widely recognised as among the toughest challenges for climate change policy.

The Committee on Climate Change has continually identified the need to reduce emissions from buildings – which made up 19% of the UK’s overall greenhouse gas emissions in 2017. This means making existing and new properties more energy-efficient, and finding a low-carbon heat source for 85% of UK households that currently use fossil-fuel based natural gas. While hydrogen boilers and electric heat pumps are among the potential solutions, it’s heat networks or district heating schemes which have had a significant positive global impact already that are subject of substantial financial support from Government . The time-limited Heat Network Investment Project (HNIP) aims to support and encourage the growth of the heat network industry within England and Wales by providing funding to public and private sector projects.

Heat Pumps have a role to play

Following the Government ban on installation of traditional gas boilers from new build property developments from 2025, some attention has been directed at heat pumps. These come in three forms. The most common are air source heat pumps, which draw air through a heating system and then distribute it around a building. There are also geothermal heat pumps, which draw heat from the ground or a nearby water source. Another is a gas-fired heat pump for residential systems which connect to numerous heat sources. Developments in heat pump technology also mean heat pump hybrids could be a viable option for retrofits in older homes. Such hybrids combine renewable air-to-water heat pump technology with a gas condensing boiler, to ensure the highest efficiency. They are efficient, with smart programming which can save up to 35% more energy than traditional condensing boilers. Crucially they can be easily integrated with existing pipework in existing household heating systems, making them a practical and economical solution.

Hydrogen Boilers are a credible option

Hydrogen boilers are another option being explored. Natural gas is converted into hydrogen gas using distributed steam methane reformation (SMR) plants. But this process still produces carbon to which the solution always advanced is carbon capture and storage (CCS). Among the arguments for converting from natural gas to hydrogen is that no major adjustments to the current national gas grid need to be made and households could keep their existing boiler equipment. Successive governments have proposed CCS but while it is technologically possible to capture CO2, problems arise over storage, not least of which is the fact that the UK’s entire geological storage capacity lies offshore.

District Heating has received significant Government support through both the Heat Network Delivery Unit (HNDU) and now HNIP. District heating offers a way to create cost-effective, low carbon heat, in the form of hot water from a central boiler to homes and other buildings through a network of pipes. The heat may be generated through any number of sources including the capture of bona fide waste heat captured from industrial processes. There are also geothermal projects underway drawing heat through disused coal mines and other projects which include the use of heat generated by landfill sites. Estimates suggest as much as 70% of London could be heated through a series of heat networks. Currently, only 2% of households are connected to a heat network in the UK but in Denmark, around 63% of homes are connected to a system such as this.

District heating also has the potential to reduce costs for homeowners. In Denmark, district heating costs 45% less than oil heating and 56% less than natural gas for a typical home. Although this solution has often been overlooked due to the impact on infrastructure, with careful planning and the cooperation of utility companies this could be overcome. They were overcome, after all, when the UK converted to natural gas in the decade that followed 1967.

Attracting private investment would help to accelerate the adoption of heat networks. Triple Point is managing a commitment by BEIS of up to £320 million in the form of loans and grants to be delivered under HNIP and deployed before April 2022. Triple Point also plans to leverage in an additional £1 billion of additional private and institutional investment. The aim is to accelerate the design and construction of Heat Networks across the UK and help the Government deliver the cost-effective carbon savings required to meet the UK’s future carbon reduction commitments.

If the UK is to achieve its 2050 target, investment in renewable, energy-efficient technology is critical and all the options reviewed above have a role to play in delivering the net carbon-zero future that the Government has mandated and that we all as a society deserve. 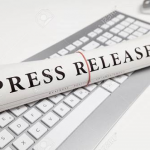