Implemented by the Department for Business, Energy and Industrial Strategy (BEIS), the Pilot Phase of the Heat Networks Investment Project funded nine schemes in 2018. One of the successful applicants was Somers Town, Camden. This short blog provides an overview of the scheme which was visited by members of the Triple Point Heat Networks Investment Management team earlier this year.

The Somers Town Energy Heat Network, constructed, operated and maintained by Vital Energi, was designed to supply lower-carbon heating and hot water to four residential blocks in Somers Town as part of Camden Council’s ambitions to meet its carbon reduction targets. A single energy centre retrofit in a lower ground car park, housing three new gas boilers and 500 metres of underground district heating pipework. In 2015, the energy centre was operational and supplying heat to a section of the network, providing hot water and heating to four housing estates, each with its own heat exchanger to deliver heat to every resident. Energy centre design and the pipework was future-proofed to allow for future expansion and meet additional energy demand, with plans to add an additional boiler and Combined Heat and Power (CHP) in the second phase of the project. 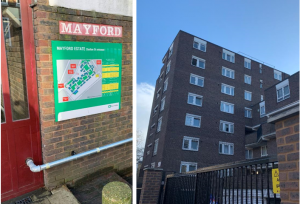 Mayford Estate – the area of the heat network funded by HNIP

In the pilot phase of HNIP, Camden Council was initially awarded a grant of £1 million to support the extension of the heat network. The funding was allocated specifically to increase the connected heat load and retrofit the residential apartments above the energy centre, though following some adjustments with the latter, the initial grant was adjusted total £700,000. The benefits of that funding were showcased to AECOM and Triple Point upon a visit to the network in February this year, on a tour provided by James Davies –Sustainability Projects Manager at London Borough of Camden. The tour consisted of a visit to the Energy Centre, now fitted with a 900KWe Clarke Energy Gas CHP unit, and followed the route taken by the section of the heat network that received the HNIP funding and now serves heat to the Mayford Estate. The two plate heat exchangers with a 1MW capacity were found in the estate’s plant room, in place of the three old communal gas boilers previously used to heat the building, with space reserved to allow for increased capacity in future.

In the future, it is hoped that the plate exchangers will serve the domestic hot water demand that is currently provided separately.

Somers Town Heat Network was initially envisaged at a time when grid electricity had twice the carbon intensity of natural gas in the UK. As such, the ability to generate and export power from the CHP unit whilst recovering otherwise wasted heat was intended to offset the relatively high carbon grid electricity. Since the design of the scheme, the annual average carbon intensity of electricity has been reduced significantly, subsequently decreasing the carbon-saving potential of the unit. Camden Council is aware of this change and intends to retain the existing CHP through to the end of its 15-20-year life span, using the generating income to offset the cost of the unit and part of the network. Following this, the heat network will be able to take advantage of low carbon technologies as and when they emerge – a key example of how heat networks can adapt to changing circumstances and changes in available low carbon technologies as and when they emerge. 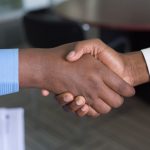 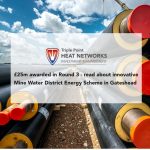